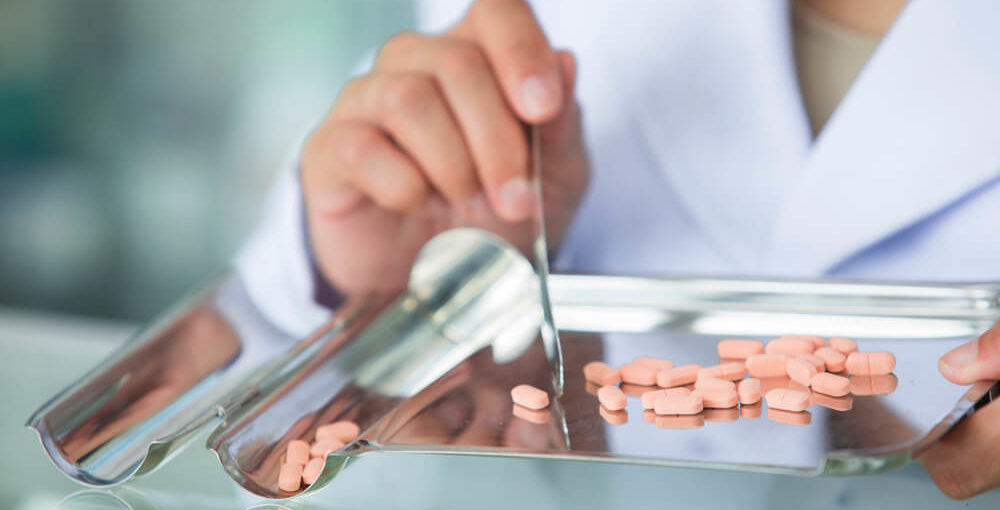 Pharmacy technicians play an increasingly significant role in any pharmacy team and are involved in almost every aspect of its running, whether in a clinical or retail setting. For those interested in this career path it offers a way to work in the medical field - and with the public - without the need for years and years of schooling.

In fact, thanks to some pharmacy technician schools in Baton Rouge, LA it is possible, in some cases to become a pharmacy tech in as little as 9 months.

Before investing time and money in schooling, it's a good idea to research the prospects for a career as a pharmacy technician in Baton Rouge, LA, particularly in terms of advancement and pay.

When it comes to salary, according to the Bureau of Labor Statistics, the average salary earned by a pharmacy tech in Baton Rouge was $33,970 per annum, which roughly translates to around $16.33 per hour. This figure was right in line with the national average at the same time, which was $33,950 per annum / $16.32 per hour and slightly higher than the statewide average of $33,110 per annum/$15.92 per hour.

Pay varies of course according to employer and job type, as well as experience and education. According to BLS figures the average for the lowest paid 10% of pharmacy techs is around $26,210 per annum/$12.60 or less. Experienced techs in the highest percentile of earners could expect to command $46,970 per annum/$22.58 per hour or more.

Good growth is expected nationwide for pharmacy technology. Figures complied before the COVID-19 pandemic predicted an 11.5% job growth for pharmacy techs in Louisiana between 2018 and 2028. Given the increased role that pharmacies - especially retail pharmacies - are playing in general healthcare and pandemic management the figure is likely to be even higher now.

Unlike many other states in the US, Louisiana requires a pharmacy technician to be licensed by the state as well as hold formal certification before that license can be granted. They must also be at least 18 years old, have a high school diploma or GED, and provide the state with a Sheriff's Report demonstrating that they have no felonies or drug-related misdemeanors on their record. The state accepts both the PTCB certification - as earned by passing the PTCE exam and the NAH certification granted after passing the ExCPT. However, the PTCB qualification is far more commonly achieved by students at pharmacy technician schools in Louisiana.

To be eligible to take the PTCE students, as of 2020, must have completed a PTCB approved training program. They must also meet all state licensing requirements and pass a drug screen. As of 2020 they must also meet mandatory vaccination requirements. For those interested in choosing pharmacy technology as a career there are three pharmacy technician schools in Baton Rouge, LA that offer programs meeting PTCB requirements. Each of them has something a little different to offer, so we'll take a closer look at each of them here.

Unitech Training Academy is a private technical school that provides a wide range of career-related education. They offer a nine-month Pharmacy Technician Certificate Program for those interested in becoming a pharmacy technician. This program is structured to provide students with the skills they need to pass the PTCB. The program is offered as a full-time, conventional on-campus course. In the classroom and the school lab, students receive a comprehensive overview of their potential career as well as hands-on experience. The program's expense - including books and fees - is estimated at $15,500.00 for LA residents. Traditional federal financial assistance, as well as a small number of state workforce grants, are available to those who qualify. To be admitted students must meet all LA state licensing requirements and pass a basic skills test. More than 90% of students use this option to pay for their tuition, but those who do not qualify might be able to get a private student loan from a lender like Sallie Mae.

Fortis College is a national career vocational school with a campus in Baton Rouge. They deliver a Pharmacy Technician Training Program that is designed to prepare students for an entry-level role as a pharmacy technician as well as to pass the PTCE or ExCPT certification exams. The course, which can be completed in 36 weeks (8 and a half months) if taken full-time, is structured to give students a broad overview of the skills and technical knowledge they need as quickly as possible. It is a hybrid course that includes several online learning modules and hands-on instruction in the school's laboratories. The cost of the course varies depending on a student's individual circumstances, and the school recommends consulting with an admissions' advisor to figure out how much conventional financial assistance you may be eligible for to help pay for the class. Meeting all state licensing requirements and passing a personal interview are the only requirements for admission to the course.

As a traditional community college Baton Rouge Community College offers affordable education to qualified Louisiana residents, with the lowest rates charged to those living in the Parish itself. Their Pharmacy Technician Certificate program is a comprehensive 32 credit offering - about 12 months - that follows the PTCB recommended syllabus and provides a broad overview of the responsibilities of both retail and clinical pharmacy technicians. The program is offered on a full-time, on-campus basis to those who meet both Louisiana state licensing requirements and the school's academic standards. The cost of the program for Parish residents is estimated at $6,788.78, including books and fees. Those living outside the area will need to contact the school to determine what their costs might be. Almost all students pay for the program via federal financial aid and local workforce grants.

2. Louisiana Board of Pharmacy: http://www.pharmacy.la.gov/index.cfm?md=pagebuilder&tmp=home&pid=426